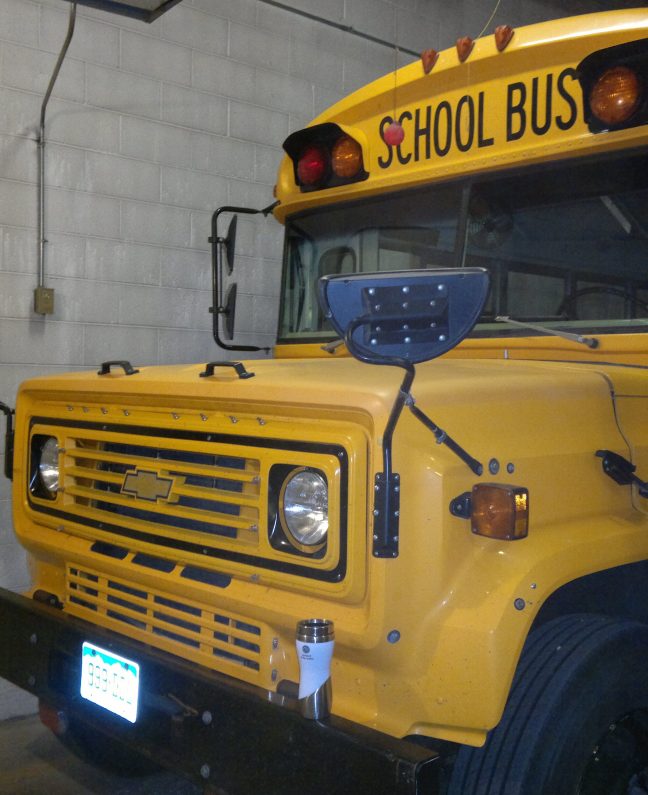 My first day of substitute teaching closed out the month of September. It was my objective to overcome this hurdle this month and I finished it at the last possible day that I could. The selection of a class was quite random. The only one that was offered came on a Friday and I had planned to take the day off for other homework projects. However as I attempted to decline the offer, I fumbled for the wrong button and accidentally signed up for the job.

I would be teaching fourth grade.

Immediately my imagination ran wild with thoughts of some kind of terror. I had never been in a fourth grade classroom…ever. What did it even look like? I was walking into something that I only knew about in theory. Suddenly my attempts at reforming the education system came rushing back into my mind. What were all these grand ideas about human-centered learning? In fourth grade? They were just learning how to tie their shoes by that age, right?

I thought back to my days of driving elementary school children on a bus. All 50 of them would come on board raising the noise level one decibel at a time until it was impossible to be anything but wide awake and excited for the day. It was completely opposite the sleepy high school students that barely stirred a muscle the whole way to class. Where did these kids get such energy? What would it be like trying to keep them in one place for four hours?

Somehow Friday morning arrived just like every other day and I hurriedly dressed in my ‘command some respect without being intimidating’ dress shirt and cotton pants. I had read that appearance makes an impression, so with a quick shave, a few minutes for breakfast, and another glance at my notes, I rushed out the door, already late. Alone and forgotten, the nice little lunch I had packed the day before sat quietly in the back of the refrigerator. I had moved on to more important things, like arriving at the school before everyone else – apparently no one takes the ‘arrive 30 minutes before your start time’ instruction seriously.

But I had no idea what to expect and I needed to get a feel for ‘the lay of the land.’ If I knew where the emergency exit was I could at least escape with my life if necessary! Besides that, I had to find the teacher’s desk, learn how to run the equipment, and review any lesson plans if there were any. I had gotten lucky, though. The teacher had some experience with substitutes and knew that a lesson plan with an attachment we’ll call the ‘naughty or nice’ list would be indispensable for maintaining order in the classroom.

Can there really be that many trouble-makers in a small classroom? I had gotten the list of students. Good, not more than 21, and at least 3 are supposedly helpful to substitute teachers. Thank God! I immediately decided I was going to try my best to get them to like me right away. You know, win them over to the good side before the dark side has a chance to kick in? I would be a Jedi-master with my light-saber smile and pleasant good morning 😃

Then the first day jitters reminded me that I was about to die and I reviewed the plans left by the teacher for the 4th time. Did I miss anything? What was I supposed to do with the box of food, or that pile of T-shirts left in the corner? If this was going to be my last day, at least I would give it my best effort to sort things out. Maybe the regular teachers would have some ideas.

I walked over to another classroom where two of them were already wearing the shirts. They had distributed one shirt to each desk for their kids. But ‘you don’t know your kids’ they said, ‘best of luck.’

Well, that was helpful! Maybe they would know where tech support was so I could get my smart board working. At very least, I wanted to write my name for the dear little learners…if they could read. You know, the crazy ideas of a new substitute. Of course they can read! But I didn’t really know any better. First day of elementary school, after all.

By this time, there were some small faces poking in the window looking for the normal teacher. Where was she? Who was this strange guy walking around the classroom looking for dice and money? (Yep, apparently such things are helpful for forming groups, and rewarding children for good behaviour.) We had to let these little monsters inside the sleepy walls of the serene classroom in a few minutes and they were getting ready for war. Who knows what devious plots worm their ways into such little minds? I tried to look confident.

“Are you our substitute?” “Are you new?” came the replies to my rehearsed “good morning” smile as the train of students poured through the double doors shattering the silence of the morning with slightly less noise than I expected. I scanned the faces looking for the ones you hope are going to the other teachers’ classroom. None of them looked too intimidating, and only one asked me if I was his substitute teacher. Maybe it would be a good day after all.

But my students were not coming in through this door.

They had sent one of their party secretly rushing around to the back entry of the classroom where they came clamouring in through the emergency exit. “Was this what they normally do?” I asked, obliviously? Had I already messed up their normal patterns? Then the steady barrage of questions and information began to flow from one mouth, then two, then five or six all at once. I decided I was just going to have to flow with it and show them all that I cared. Trying to listen.

At least they knew how to feed themselves and most of them seemed friendly. Some of them picked up on the “Sir Kevin” I had written on the board and were eager to test it out. The boys said they were thrilled to have a guy teacher and a couple of the little girls looked a bit starstruck. I silently hoped I could use all of this to inspire some demonstrations of mercy toward the substitute. As I found out later, this hope had not worked for the last one!

One of the guys went straight for the teacher’s chair (“Must be on the naughty list”), but a few others were eagerly offering their advice on how I should be managing the classroom. Was this for real? The teacher hadn’t written anything about this. Class mayors? Well, that was at least a creative way for me to delegate some of the job of keeping order. Class police in my mind! They were happy to oblige my questions and requests for help, and soon everyone was seated munching on their breakfast…

The phone rang, shattering the relative silence and throwing at least three of the children out of their seats in a rush to answer it. The front office was waiting for their attendance sheet and lunch count. It is amazing to me how small details are so important to young children. It wouldn’t work to just write lunch option #1 on the board, it had to be the whole “option number one.” He was good at his spelling – just four times slower than I could have been. Patience…hopefully the lunch ladies would understand. After all, these kids were really good at managing their own learning experience, and one of the ones on the naughty list was actually being helpful with this process.

The rest of the morning went by in a slow blur. Non-stop talking, but the little eager faces ready for instruction, waiting for help, fighting with their neighbours, trying to figure out how much they could get away with today made quite a show. I laughed at my inevitable failure as much as at my clever solutions to pretending like I was a teacher and thought I was doing pretty good until I heard the classroom had never been quite this loud.

I couldn’t find the assessments the students were supposed to take until we were all seated quietly reading in the most serene moment of the whole day. Then a little bit of happiness that jumped on to my face in the form of a smile as I looked around at all the children reading quietly or working on bits of homework, or signing out to go to the bathroom…again.

“Maybe I can actually do this,” I thought, looking toward the slow moving clock on the wall. The day was nearly half done.

This site uses Akismet to reduce spam. Learn how your comment data is processed.

Human-Centered Learning by Listen Love Lead Companies is licensed under a Creative Commons Attribution-ShareAlike 4.0 International License.
Permissions beyond the scope of this license may be available at http://www.listenlovelead.com.